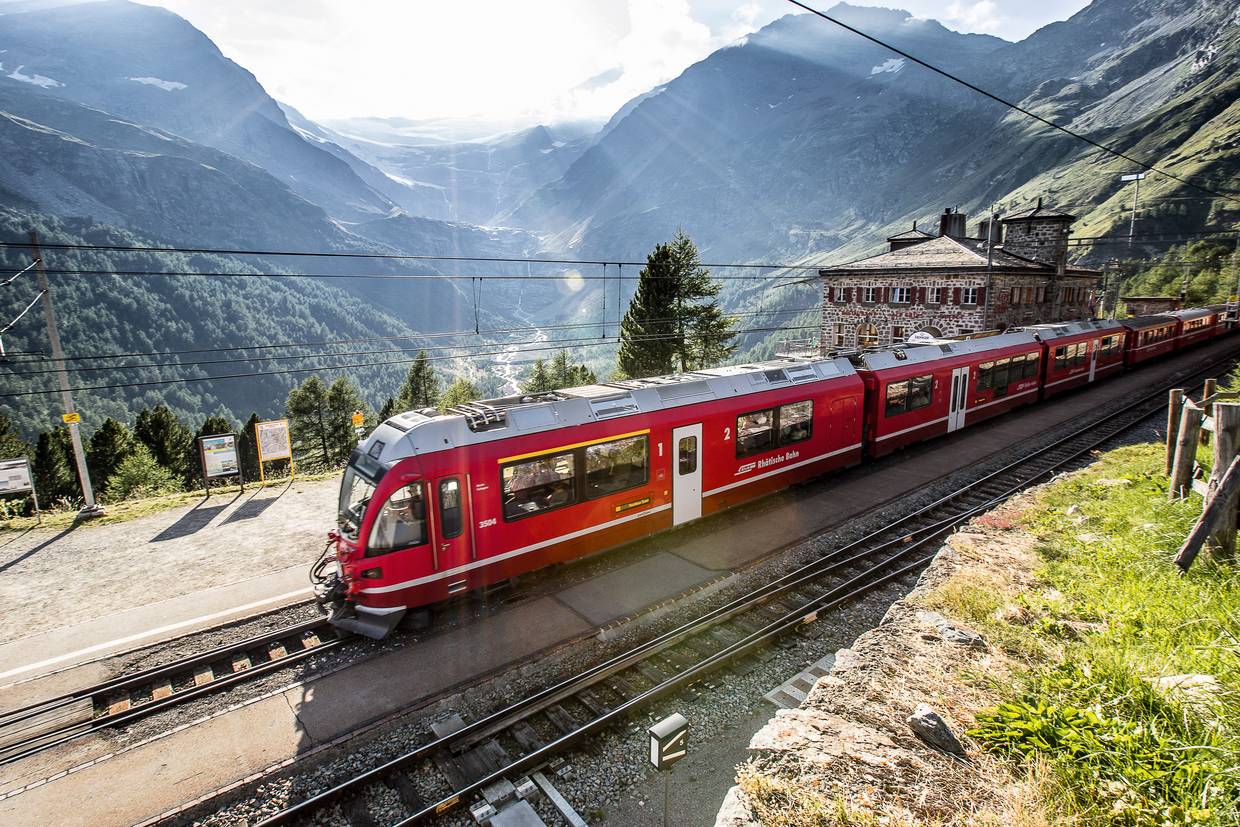 Alp Grüm is only accessible on foot or by train, which makes one of its most wonderful panoramic curves here. From this point, you will find a breath-taking panorama of the Poschiavo Valley, all the way off to the Bergamasker Alps in the distance. You will be awestruck by the view of the chutes running down from the Curnasel to the lovely Alp Palü; the glacial runoff gliding like milky veins down the rocky flanks of Piz Caral, Piz Palü, Piz Canton and Piz Varuna, and collecting in streams and cascading downwards, flowing among the boulder-strewn larch groves and pouring in the glimmering turquois reservoir, whose surface reflects the glacial crevasses above. On the valley floor resplendent like a defiant fortress stands Repower's Palü hydroelectric facility.