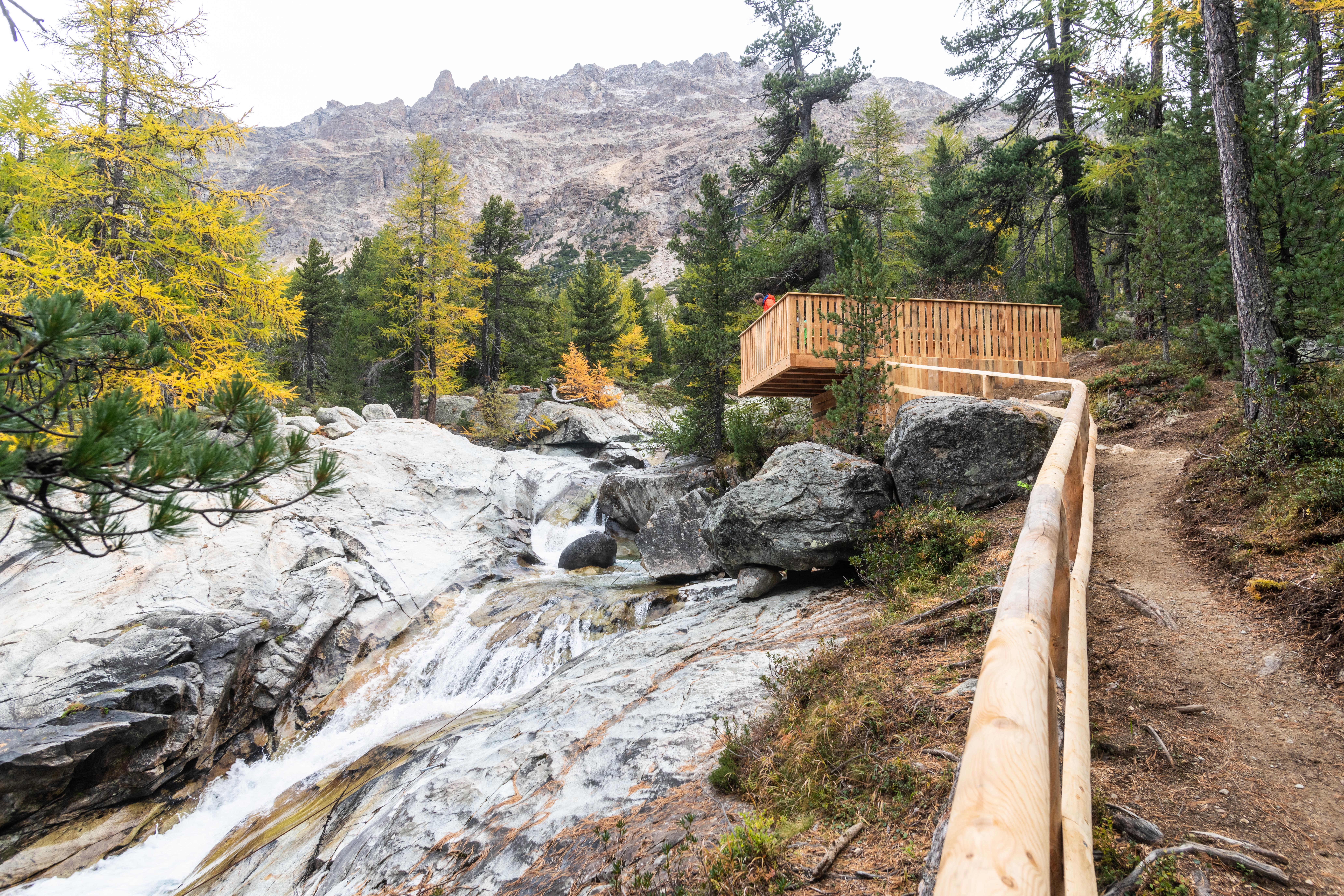 The waterfall path "Cascada da Bernina". Translated from the Rhaeto-Romanic, the word "Cascada" stands for waterfall. The mountain stream "Ova da Bernina" plunges over two hundred metres into the depths of the valley. In addition to the impressive spectacle, visitors can also expect to see pioneering technical achievements. On this section, the Rhaetian Railway winds its way around tight curves and over historic viaducts. The trains master the differences in altitude without any cogwheel at all and have been electrified since 1908. The railway line of the Bernina Line is a UNESCO World Heritage Site. And even the world-famous panorama trains of the Bernina Express cross the waterfall on each journey. The neighbouring Morteratsch power station has been operating with water from the Bernina stream since 1891. The extensively modernised plant is the oldest existing hydroelectric power station owned by the energy supply company Repower.

The entrance is located between the Morteratsch railway station and the public car park. The path then leads up to several waterfall platforms - accompanied by views of the Bernina massif and its glacier world. The new waterfall trail is ideal for walks from Pontresina and Morteratsch. It is also recommended as a section of more ambitious hikes. The Cascada da Bernina lies on the hiking route of the Via Valtellina (long-distance hiking trail and former mule track). More Details.